Get fresh music recommendations delivered to your inbox every Friday.
We've updated our Terms of Use. You can review the changes here.

The House That Screamed 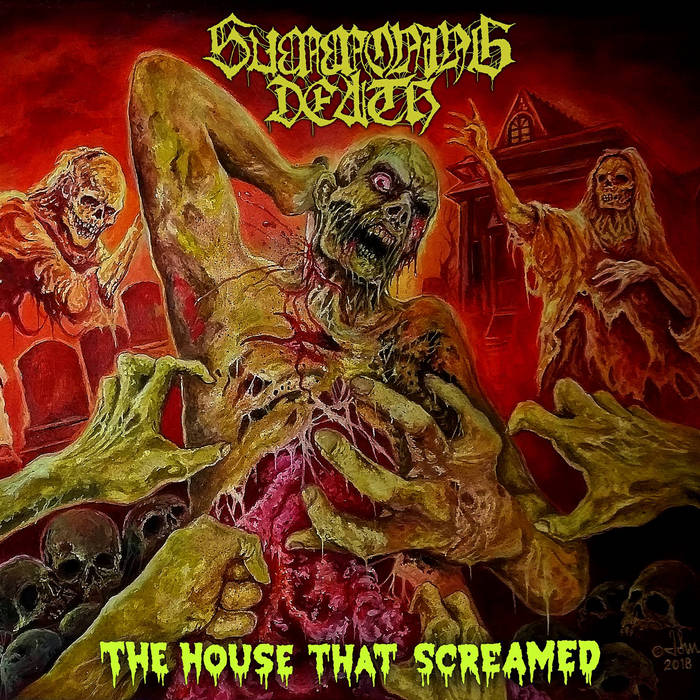 SUMMONING DEATH sound is organic and deadly, old school death metal created at the south of Mexico and highly influenced by bands such as Demigod, Amorphis (early), Depravity, Dismember and Carnage, with lyrics inspired in 50’s and 60’s horror series and movies.

The result of all this influences is perfectly entitled “The House That Screamed”, and consists of 13 tracks and over 50 minutes of savage and ferocious death metal.

SUMMONING DEATH started as a side project by Ricardo Gil (ex Denial) and Francisco Aguilar (Shub Nigurath) in early 2010 with the idea of playing death/doom metal in the old Swedish and Finnish vein. After some problems Ricardo moved to Queretaro where he tried to start again the band with Hector and Ivan from Question, but because of the compromises both had with their band the project was laid to rest until 2012, when Ricardo went back to Cancun and continued working with Francisco Aguilar.

Finally they got a complete line up with members of a local crust band called Disterror, then recorded the first demo named “Cadaveric Environment” (2014) but after some problems the band was split up again.

After a short period of time Ricardo completed again the band with Juan (ex-Lacrimae, Regurgitated Divinity) Grey and Manuel (Disterror) to record a second demo named of “A window from an Evil Place” (2015). After that Ricardo leaves Denial, and another line up changes were made to finally get a stable line up conformed by Jose (guitars), Angel (drums) Carlos (bass and vocals ) Ricardo (guitars) and Melina (live vocals). Now together, and with the same vision and influence by the old Swedish and finnish death/doom metal, they entered the studio on December 2017 to record their first official material called “The House That Screamed”, taking inspiration from old 50s and 60s B series movies mixed with music in the vein of early Amorphis, Depravity, Demilich, Toxaemia, Lubricant, and Grave, among others.

“The House That Screamed” was recorded, produced, engineered and mixed at DARK SOUND STUDIOS in Cancun, Mexico by Geiler May and mastered by Dan Lowndes at Resonance Sound.

“The House That Screamed “ artwork was created by John Quevedo Janssens Illustrador.